"You really deliver your 'caring and personal service"

Who's Looking After Your Loved One?

When it comes to choosing a funeral director in your time of need do you really know who you’re talking to?

At the moment in Bury you seem to have a lot of choices…….but do you?

Fulchers and Clutterhams are names that families have known for years, although not everyone is aware that they have been owned for some time now by Dignity, a massive national chain who buy up crematoria and traditional family funeral directors, and continue to trade under their respected names.

Abbey funeral service is also part of Dignity. That’s four branches of THE SAME company in the town.

Then we have the Co-op, of which there are two in Bury (one calling itself Meridith & Greengrass).

Finally you have Armstrongs, started in 1997 by Nick Armstrong who felt there was a need for a more personal and truly caring service. Nick owns, manages and personally conducts funerals as well as being the main contact for all weekend and out of hours calls.

We have one branch. When you entrust your loved one to us they come to US. They aren’t sent to a hub, a branch in another town or central mortuary facility. They are safe in our care, as you would expect.

So, no matter what names other funeral directors “hide” behind you know exactly who you are dealing with when you come to us.

We can’t and won’t compete with the big firms when it comes to flashy adverts; it’s you who pays for them ultimately. Where we can, and do compete is with our service and our prices.

We don’t have a massive advertising budget or need to make huge profits for shareholders; we have a truly caring and personal service from our local, small team; which we honestly don’t think can be beaten.

You have only 3 real choices; Dignity, the Co-op or Armstrongs. We just feel that you should be made aware. 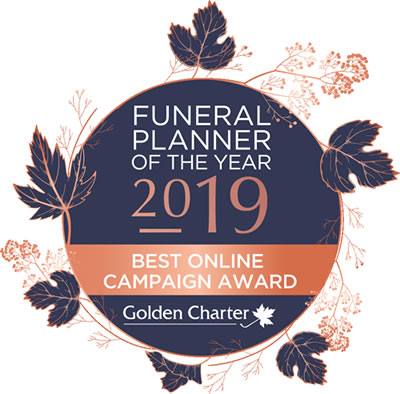